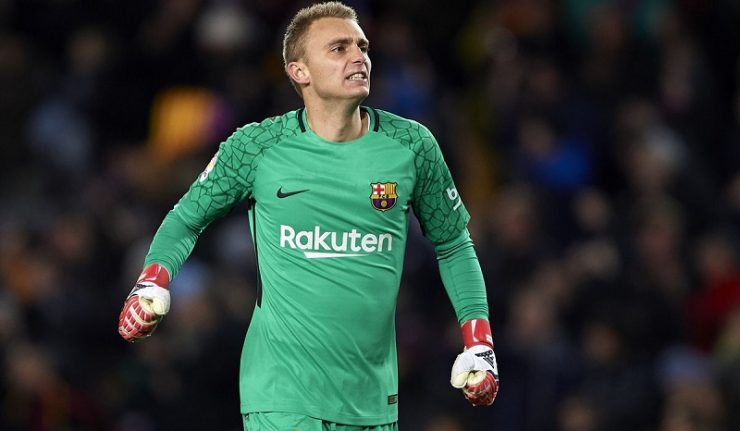 Speaking with Dutch outlet Ziggo, Cillessen confirmed that he could be tempted to consider his future amid his reduced gametime at Barcelona, he said: “I love this club, but I am a professional and I want to play more than ten games in a season. The management already knows that I want to play more but I also read that they do not want me to leave and that they are happy with my work. I am not the type of player who goes to war with the clubs, I have been here for two years, and, for the moment, I will continue.”

Prior to Cillessen’s arrival, the club had the policy of playing their deputy goalkeeper in both the Cup and European competitions but this has not been the case with the Dutchman who has received most of his gametime in the Copa del Rey. Meanwhile, recent reports have associated with a possible move to the Premier League in the summer with Liverpool said to be interested.

Jurgen Klopp has been comfortable with Loris Karius as the club’s number one this term but the German is still said to be eyeing a fresh competitor, considering Simon Mignolet is likely to leave Anfield. AS Roma’s Alisson has also been linked with the Merseyside giants but Cillessen could be an effective option owing to his relatively cheaper asking price. Cillessen is currently contracted to Barcelona until the summer of 2021. He has earned 39 caps with the Netherlands and was their leading shot-stopper at the 2014 World Cup.