Luis Enrique says that Barcelona probably played the best football – under his management – in the first half against Manchester City. 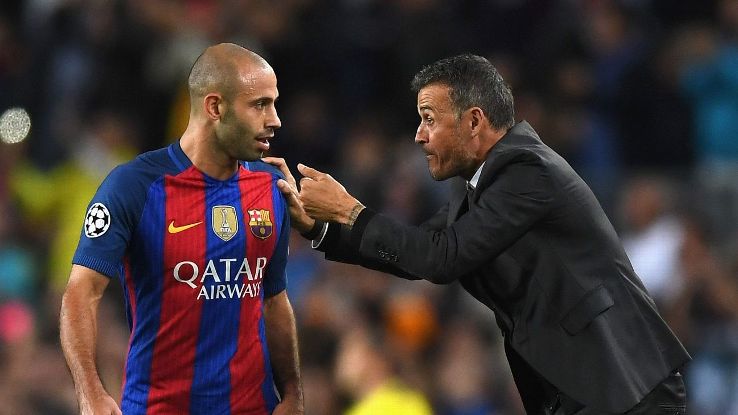 The game ended in a disappointing 3-1 loss, which was their first against City, for the Spanish club, but Barcelona still remain in a strong position as far as qualification to the knockout stages of the Champions League is concerned. Enrique has made it a priority to do well in the European competition after failing to win the title last time around. However, he believes that Barcelona were at their best only in the first half.

Even though the away team led to a goal from Lionel Messi, they were undone in the second half by a quite brilliant City team that seemed to have matured finally under Pep Guardiola. The new City manager has been experiencing problems with regard to formation and personnel over the last few games.

“If you look at the first 40 mins in Manchester it was the best 40 minutes of my time here. There was another 50 minutes where City were better than us. So in short it doesn’t matter what you do, how well you play, if you don’t win the game. I have to recognise we were deservedly beaten [by City] and focus on the next game. People are quick to praise [us] when we do well and to criticise when we’re poor,” said Enrique after the game.