Messi quickly established himself as a future star within the Barca ranks and shot to stardom with his incredible dribbling skills, a silky left foot and his dynamic ability going forward. Since becoming the club’s then-record youngest goalscorer in history, Messi has rallied to huge success on Spanish soil. END_OF_DOCUMENT_TOKEN_TO_BE_REPLACED

What was previously unthinkable is now becoming a distinct possibility at Camp Nou: Neymar could be on his way to pastures new. With Luis Enrique stepping down as manager in the summer and nobody lined up to replace him, along with reports of a deteriorating relationship between the Brazilian and Lionel Messi, the 25-year-old may decide to push for a move.

According to the Manchester Evening News, Manchester United are ready to splash the cash on the superstar in the summer, even though Jose Mourinho compared trying to capture the player to “breaking open a safe.” Nevertheless, if the Brazil captain does become available, there won’t be a shortage of clubs scrambling for his signature.

If the worst does come to fruition and the skilful attacker does decide to leave Barcelona, who could possibly fill his golden shoes? Here we make a few suggestions on who may be capable of stepping up to the task. END_OF_DOCUMENT_TOKEN_TO_BE_REPLACED

Luis Enrique recently announced that he would be stepping down as manager of Barcelona in the summer, stating that he felt worn out by the pressures of the job.

The 46-year-old has enjoyed a short yet highly successful tenure at the Camp Nou, and won a treble in his first season in charge followed by a double in his second. This is currently his third season at the helm, and Barcelona’s imminent exit from the Champions League after a harrowing 4-0 defeat to Paris Saint-Germain may have upped the pressure on the former Celta de Vigo boss. Here we take a look at three managers who could replace Enrique… END_OF_DOCUMENT_TOKEN_TO_BE_REPLACED

Alen Halilovic is looking to return to the top flight of Spain now as he has realized that he made a mistake going to Germany at an important time of his career. 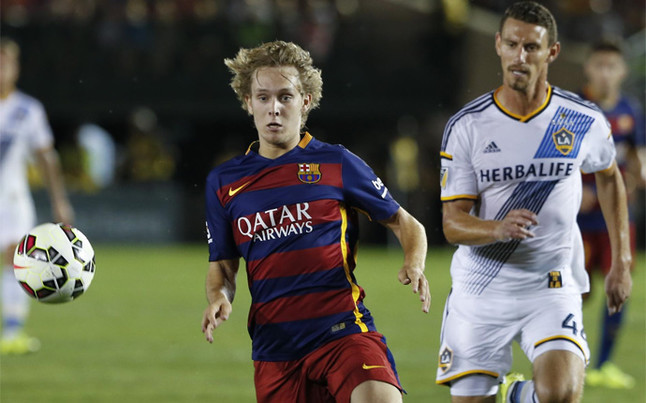 Halilovic had actually been advised to remain in Spanish top flight by Barcelona when they were selling him a couple of years back. They had told him that they rated his potential and could see him return to Camp Nou and play a great role in future and for that reason they wanted to place him at a Liga club so that they could easily follow him and could keep him in their sight. END_OF_DOCUMENT_TOKEN_TO_BE_REPLACED